Summary: Here we shall learn more about geometry input and triangulation files, as well as read and write operations. 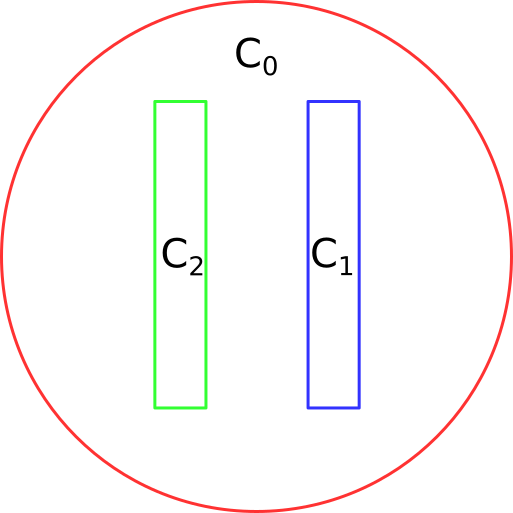 We assume that the border of enclosure \(C_0\) is held at temperature \(20^\circ C\) and that we have waited long enough for thermal equilibrium.

The second equation is a reduced form for:

The variational formulation for this problem is in the subspace \(H^1_0(\Omega) \subset H^1(\Omega)\) of functions which have zero traces on \(\Gamma\). 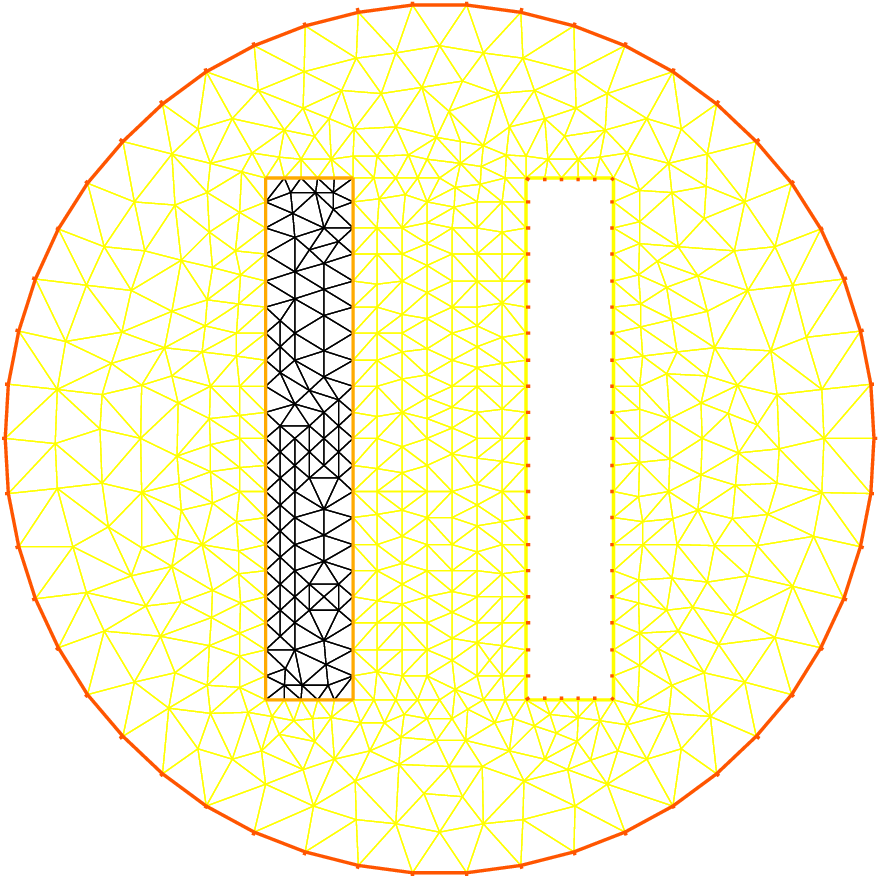 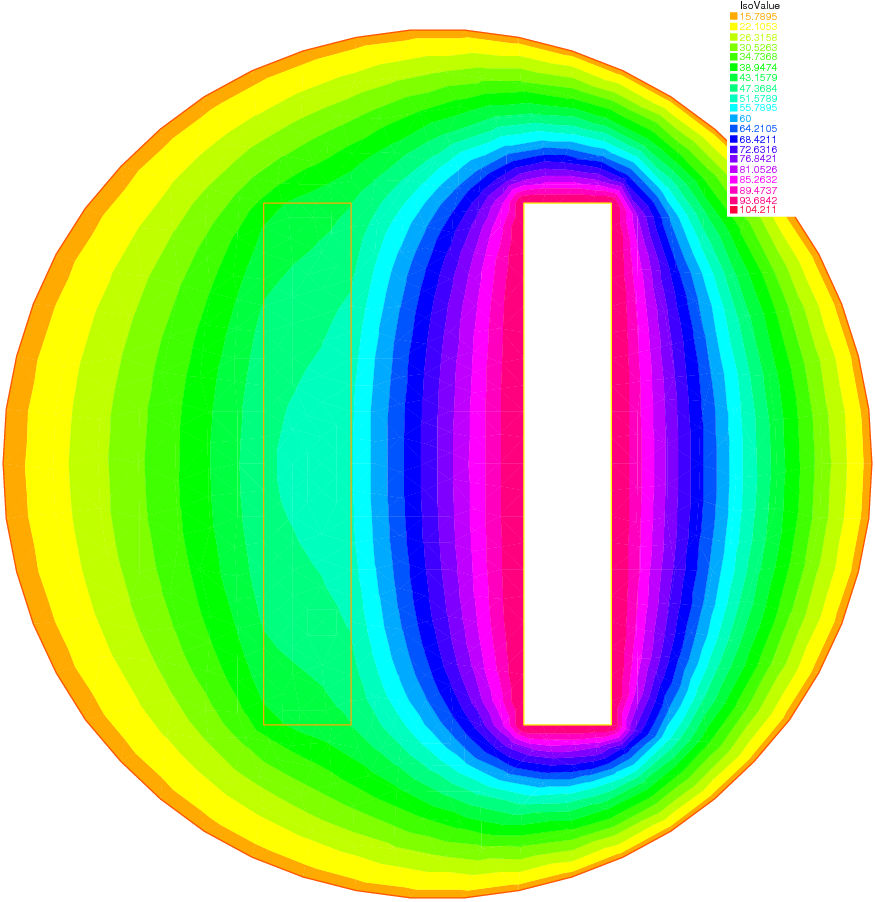 Use the symmetry of the problem with respect to the x axes.

Triangulate only one half of the domain, and set homogeneous Neumann conditions on the horizontal axis.

and then later on we write a similar program but we wish to read the mesh from that file. Then this is how the condenser should be computed:

Note that the names of the boundaries are lost but either their internal number (in the case of C0) or their label number (for C1 and C2) are kept.