An Example with Complex Numbers

In a microwave oven heat comes from molecular excitation by an electromagnetic field. For a plane monochromatic wave, amplitude is given by Helmholtz’s equation:

Within an object to be cooked, denoted by \(B\), the heat source is proportional to \(v^2\). At equilibrium, one has : 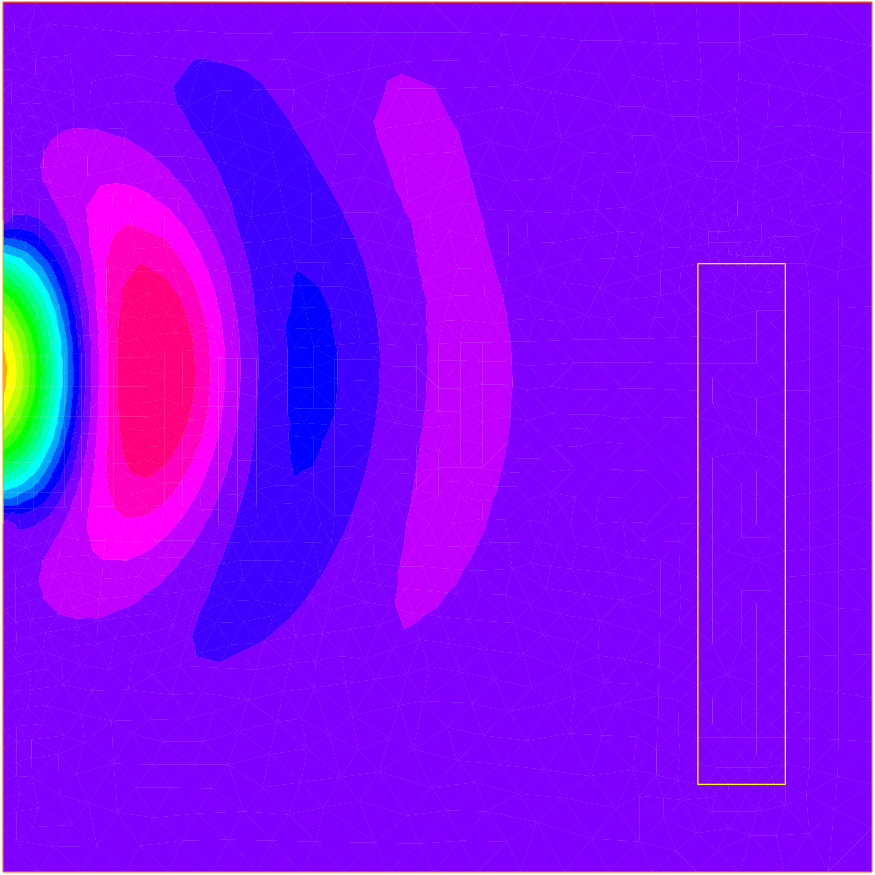 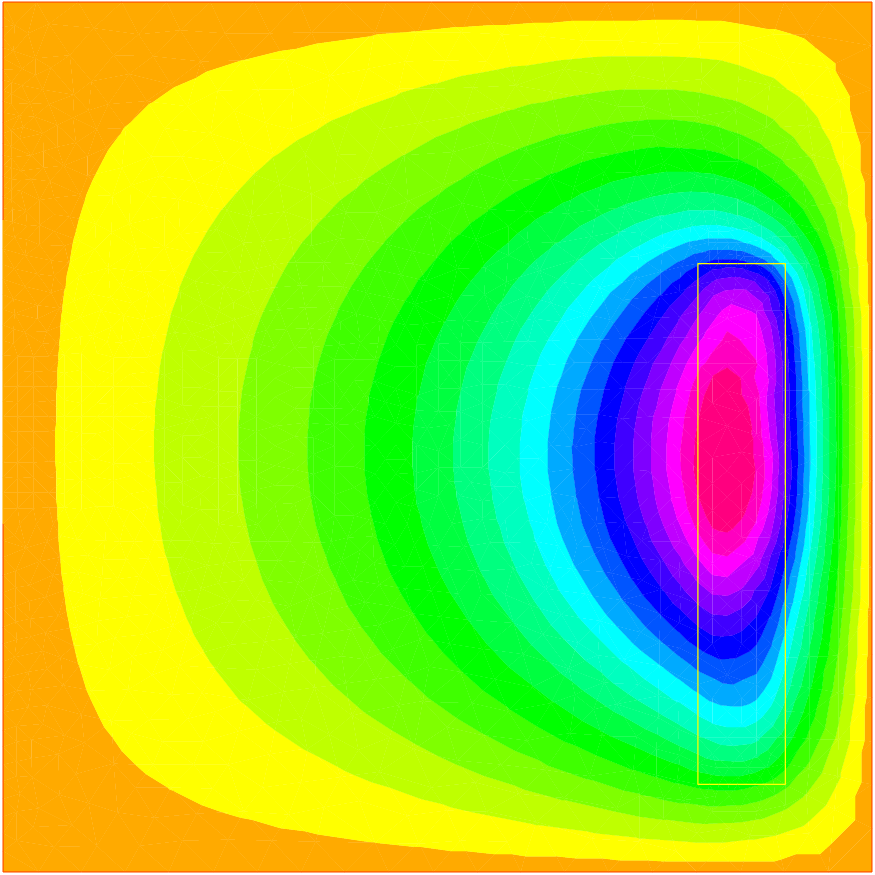