Summary : Here we will learn how to deal with a multi-physics system of PDEs on a complex geometry, with multiple meshes within one problem. We also learn how to manipulate the region indicator and see how smooth is the projection operator from one mesh to another.

Without viscosity and vorticity incompressible flows have a velocity given by:

This equation expresses both incompressibility (\(\nabla\cdot u=0\)) and absence of vortex (\(\nabla\times u =0\)).

As the fluid slips along the walls, normal velocity is zero, which means that \(\psi\) satisfies:

One can also prescribe the normal velocity at an artificial boundary, and this translates into non constant Dirichlet data for \(\psi\).

Let us consider a wing profile \(S\) in a uniform flow. Infinity will be represented by a large circle \(C\) where the flow is assumed to be of uniform velocity; one way to model this problem is to write:

An equation for the upper surface of a NACA0012 (this is a classical wing profile in aerodynamics) is:

A zoom of the streamlines are shown on Fig. 15. 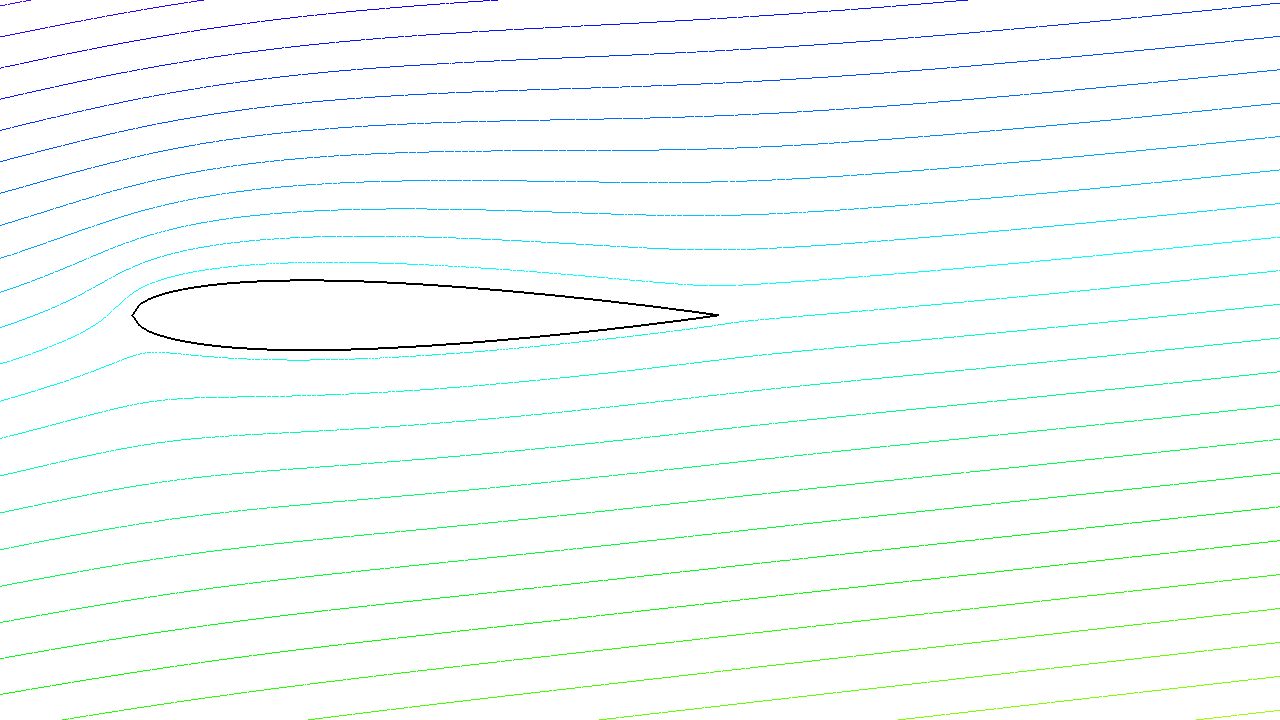 Fig. 15 Zoom around the NACA0012 airfoil showing the streamlines (curve \(\psi=\) constant). To obtain such a plot use the interactive graphic command: “+” and p. 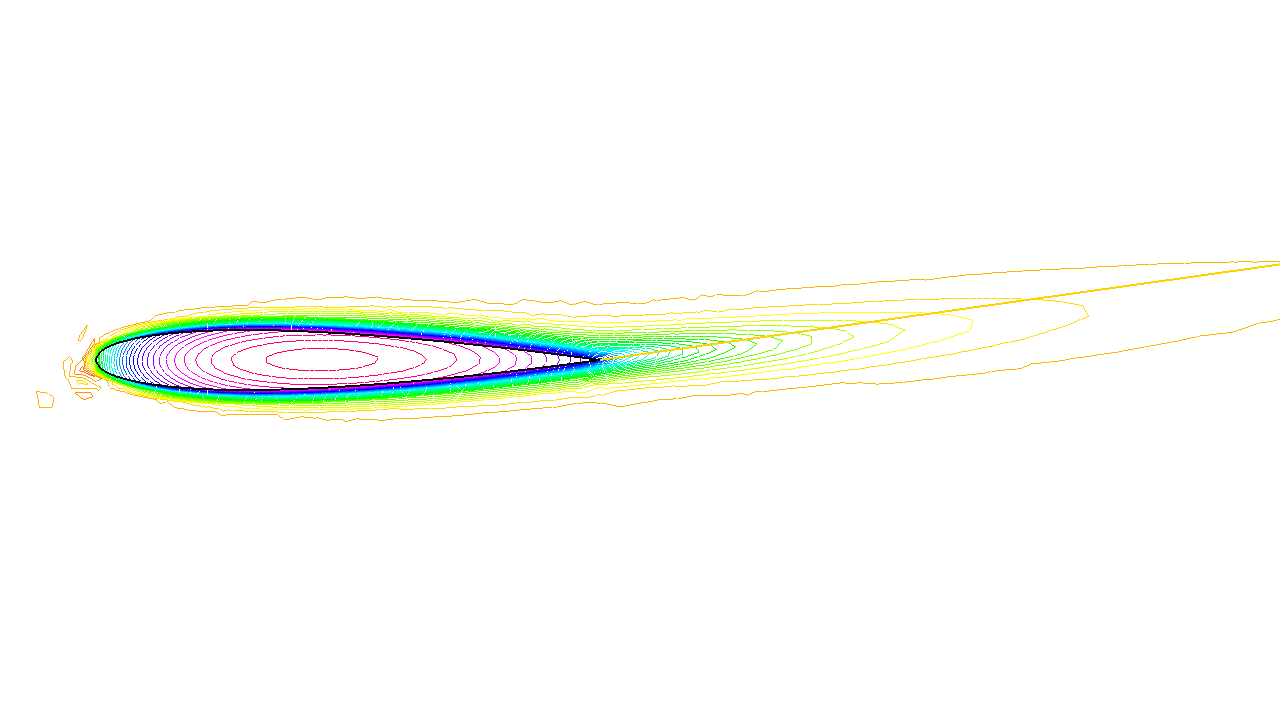 Heat Convection around the airfoil

Now let us assume that the airfoil is hot and that air is there to cool it. Much like in the previous section the heat equation for the temperature \(v\) is

But now the domain is outside AND inside \(S\) and \(\kappa\) takes a different value in air and in steel. Furthermore there is convection of heat by the flow, hence the term \(u\cdot\nabla v\) above.

Consider the following, to be plugged at the end of the previous program:

How steel and air are identified by the mesh parameter region which is defined when buildmesh is called and takes an integer value corresponding to each connected component of \(\Omega\);

How the convection terms are added without upwinding. Upwinding is necessary when the Pecley number \(|u|L/\kappa\) is large (here is a typical length scale), The factor 10 in front of the convection terms is a quick way of multiplying the velocity by 10 (else it is too slow to see something).

The solver is Gauss’ LU factorization and when init \(\neq 0\) the LU decomposition is reused so it is much faster after the first iteration.